Northeast BC: This Overlooked Region is Stable and Growing 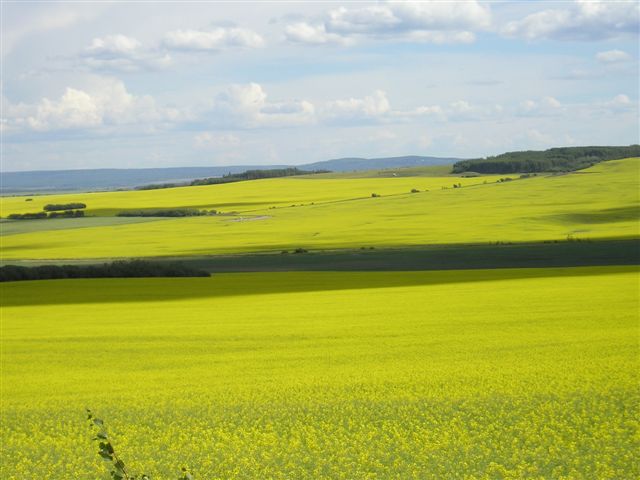 Throughout Canadas history, weve seen many areas of the country experience booms. Sometimes its one province or another, other times its a city or a region. These booms attract massive development, and we look with envy on any investor with the foresight to profit when things heat up.

Theres no magical incantation that allows us to peer into the future and know when a boom is coming. Investors who invest early are not fortune tellers, theyre detectives who spot the clues. They look at early data and make an educated guess.

In Northeast BC, the data are telling us an interesting story  one that I believe hints at an exciting future for the region. In this article, I want to introduce you to the region, and in future articles Ill build on that foundation of knowledge with data-based projections about its future.

Northeast BC, known as the Peace River Region or Peace Region, is an approximately 300,000 square kilometer region in the top right corner of the province. This rugged aspen parkland is an upside-down triangle, bordered on the north by Yukon and Northwest Territories, on the east by Alberta, and diagonally on the west by the Rockies. This area has a population of 64,000 people and includes municipalities like Fort St. John and Dawson Creek.

Whats interesting about Northeast BC is that its largely overlooked. The southern cities in BC earn a lot of newspaper ink for their growth, as do towns and cities throughout Alberta. And yes, those places are growing like crazy; its hard to miss those growth stories. But I think tomorrows growth story is going to be Northeast BC.

Think of Northeast BC as the northern Alberta of BC. Albertans wont want to hear that and neither will British Columbians but geographically and economically, its true. The area is not mountainous  it has more in common with its rugged parkland neighbour to the east, and that hints at why this region is overlooked: It doesnt have a lot in common with the other regions in the province, and therefore its largely misunderstood.

Here are 5 reasons why Northeast BC has a steady, stable economic story right now, which is building toward an exciting growth story in the future.

#1. Northeast BC Today  A Key Contributor To The Provincial Economy

Geographically, this area takes up about a quarter of the province but outpaces other BC regions in its contribution to the provincial economy. Here are a few examples from the North Peace Economic Development Commission: Northeast BC supplies 90% of the provinces grain and over a third of the provinces hydroelectric power. Overall, the region contributes 9% of BCs total exports even though it has only 2% of BCs population. And, heres a statistic that residents of this area are very proud of: This area contributes $198,500 per worker to the BC economy, considerably more than the $35,000 per worker that the average worker contributes in Vancouver.

According to Statistics Canada, the average annual Canadian income (gross taxable payroll before deductions) in 2013 is about $47,000. In BC, that number is even lower at about $45,000. But according to the North Peace Economic Development Commission, the average income in Northeast BC is $108,000/year.

True, it might cost more to live in the area but its not a remote community; simply put, more of that money stays in the hands of the people who earn it.

This region sits on top of the third largest hydrocarbon resource in North America and companies from all over the world  especially energy-hungry China  are looking at this resource to help slake their thirst.

But natural gas is not the only story here. Northeast BC is far more highly diversified than youd think: Its an important grain producer for the province, so farming plays a key role. And if you consider who the top employers are in the region (as reported by the North Peace Economic Development Commission), youd have to look to the fourth company down the list to find the first energy company. In fact, among the top ten employers in the region, theres only one natural gas company. The rest are a mix of public and private organizations in categories as diverse as healthcare and government services, forestry, retail, and grocery. And in Fort St. John (the largest city in the area, and one that is highly representative of the entire region), oil and gas accounts for only 16% of the employment base.

As I mentioned in a recent REIN presentation, not only has this diversified economy contributed to the regions steady growth so far, investors can have the confidence that this diversification will protect the region if new growth doesnt happen as quickly as were predicting.

#5. Northeast BC Today  Stable And Growing

This growth has led to major transportation infrastructure upgrades, including the twinning of one of the biggest highways in the region. The government sees the trends in this region and theyre investing in a massive infrastructure project to support it.

When deciding on future investment opportunities, smart investors dont look at where the growth is right now. They look at where the growth will come in the future, and they do that by looking at the clues that point to growth. Northeast BC is attracting my attention because its steady, stable, diversified, affluent economy provides a solid foundation on which future opportunities can grow.

Chris Biasutti is the Vice President of Sales & Marketing for Western Canadian Properties Group and has developed a keen sense of evaluating high growth investment opportunities and is passionate about sharing this information with clients on how to best identify, analyze and select alternative investment opportunities and maximize the performance of their real estate portfolios.  He has assisted his clients in acquiring over $100M of investment real estate across a variety of asset classes, including residential investment real estate, mortgage investment corporations and residential land developments.  Contact him at: Chris@bluewaterinvestments.ca